Class into the cloister of the convent. School of the Counts, XIX century

According to archeological documentation, the village of Peralada existed as early as the 6th century BC. The history of the current Peralada Castle dates back to 1285, when the first fortress of the Viscounts of Peralada was destroyed during a war with France. Rather than restoring the fortress, the viscounts decided to build a new fortress outside of the walls, to avoid spatial limitations.

The Viscounts of Peralada were the owners of the lands where the current museum sits, and they decided to give the land over to a group of Carmelite friars, to enable them to set up their convent there. The only condition was a reversion clause signed in 1293, which would enable the viscounts to recover the land if the friars were to leave the convent.

And so history ran its course until the year 1835, when the Ecclesiastical Confiscations of Mendizabal would force the friars to leave Peralada. The convent would remain abandoned until 1854-1855, when the counts exercised the reversion document and recovered their ownership. In the 1870s, the three youngest brothers of the family of counts decided to return from Paris (where they had taken residence) and move into Peralada, as it was this town that had given them their longest-standing title, that of the Counts of Peralada (since 1599, for prior to this date the family had been viscounts).

When they arrived, they found themselves before a medieval castle structure that resembled a cross between a military fortress and a large ramshackle house. In a word, the castle bore no similarities with the French palaces that they had become used to living in, and so they decided to convert the old fortress into a French-style palace, equipping it with creature comforts such as running water and gaslight. They also built a park, which they commissioned to Duvillers, who would sign the plans on April 30, 1877. In the space that currently houses the museum, they set up a free school for the children of the village, offering an education in general culture, the arts and music. One of the counts would serve as a teacher at the school.

Upon the death of the three brothers and with no heirs, the ownership of Peralada would be handed down to the Marquis de la Torre, who strictly used the castle as a summer home. As a result, all the cultural activities previously offered by the counts were either discontinued or considerably reduced.

When the Marquis de la Torre died in 1923, the castle was put up for sale and purchased in its entirety by Miquel Mateu i Pla, who was only 25 years old at the time. Mateu was a major industrialist in Barcelona. His father was a collector and he too had started a few collections; yet with his purchase of the castle, he would now have all the space he needed to store any collections he might wish to start… In fact, all the collections on display in the museum were developed by Mr. Mateu, with the exception of the stone collection in the cloister and the capitals that support the altars of the church.

After the death of Miguel Mateu in 1972, it was his daughter Carmen Mateu and his son-in-law Arturo Suqué who took charge of the management and conservation of the heritage. Currently, their descendants, Isabel, Javier and Miguel, are the heirs to a history and internationally recognized art collections.

The construction of the current convent began in the 14th century, on a plot of land attached to the second enclosure of the wall, dating from around 1300, which the Counts of Peralada had given over to the friars. This convent connected with the town’s Jewish district (known as the call) and to some degree regulated it, as the gate to the district was opened when the Carmelite bell tower rang, and moreover, an exit—by means of a large gate—from the Call District to the outside of the wall was attached to the convent, from which the night closure must have also been monitored.

The Carmelite monastery was affected by the Ecclesiastical Confiscations of Mendizabal (1834-1835). Soon afterwards, the Counts of Peralada recovered their property thanks to a reversion clause set forth in the initial donation. Hence, they would incorporate the monastery into the castle, building a neoclassical bridge over the street and thus uniting the two properties and making them one.

The architecture of the Carmelite Convent primarily corresponds to two periods. The first is the original period of the construction, dating from the mid and late 14th century. The second period corresponds to the late 19th century, when the last Counts of Peralada converted the convent into a school for children (the classrooms were located in what is now the museum of glass) and a library. In this sense, the counts’ action was drastic: they destroyed all the non-original structures that had resulted from baroque restorations undertaken by the friars during their occupation of the convent, and rebuilt a uniform Gothic style building. 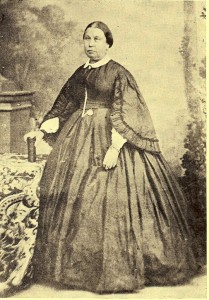 The last Counts of Peralada 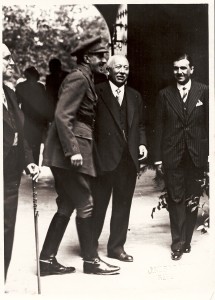 View of the Carmelites convent and the castle